A Reality Smack to the Head 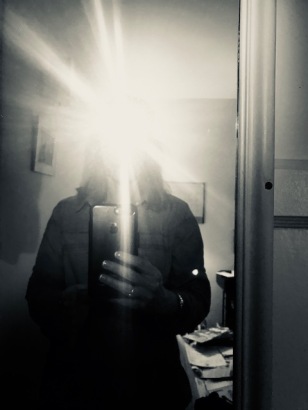 I’ve been suffering from a case of the blahs lately.  Not the sickly kind mind you, more of the whatsthepointitis type, where motivation meets indifference and folds like a cheap suit.  Blog writing of course fell way down the priority list, as my urge to do so flatlined.

Ok, it’s not really been that bad as post topics do come whizzing at me all day long, many of which I’m initially excited about. When the rubber meets the road however and it’s actually time to create something worthwhile, a weird force invades my body and the next thing I know I’m doing anything but sitting at my computer and writing up a post. On the plus side, my bathroom is spotless.

Needless to say my spirit has been in the dumps.  Life had become a bit chaotic and I had allowed the resulting  pressure to shrink my world down to just me and my issues.  Nothing horrendous now, we’re talking first world type problems here, yet still the daily battles were wearing me down.

Basically I became awfully self absorbed, which is to creativity. what kryptonite is to Superman; a death sentence.  A mind clogged with worry and fear leaves little room for light to penetrate, for passion to stir, for inspiration to take root.

I was stumbling around in the dark and in dire needed of a spiritual jump start, which God provided in the form of a smack to the head by a two-year old wielding a bowling ball.  Of course, this was exactly what I needed.

It all started through an unlikely series of events that found me sitting on a bus full of strangers winding its way through Mexico towards an orphanage we were visiting. I was with a group called Unity 4 Orphans ,which does outstanding work in bringing love, hope and much needed supplies to abandoned and vulnerable children throughout Mexico and Latin America.

Although my head had cleared during the trip, I was distracted when we arrived and still focusing too much on me and how I was feeling.  Good Lord, can’t I ever just let things go?  Thankfully yes, as it didn’t take much time with the kids before my mind shifted out of ME mode.

They ranged in age from infants to teenagers and were so happy to see us it made me wonder if they ever get any visitors. All they wanted was attention; someone to laugh with, toss a ball to or help with their arts and crafts .  Very few of us volunteers spoke much Spanish, nor did the kids understand English, but this didn’t seem to matter.  I guess it’s true that love is the universal language.

Eventually I made my way to the top of the stairs overlooking the playground and paused a moment to take things in.  Most of the kids came to the orphanage from really bad situations and will likely stay there  until they turn 18.  There is no foster care system in Mexico and the adoption process is so convoluted and corrupt that it can take years to happen, especially if the prospective parents are foreigners.

These kids have nothing.  They’d been violated, abused and abandoned by the very people who were supposed to protect them and were now entirely dependent on the help of strangers.  Yet there they were, laughing and running around, completely carefree and in the moment like only a child can be.

You could sense their light and it was contagious.  The more I interacted with them, the brighter my world became and the more grounded I felt. Their light was sparking my light which made me chuckle.  I thought I was there to give to the kids, but they were the ones doing the giving.

Just then, two-year old Abraham grabbed my hand and steered me towards the plastic bowling balls and pins that were scattered against the back wall.  He picked up one of the balls and I started setting up the pins.  The wind kept pushing them over though, making Abraham impatient. He apparently decided my bent over backside would make just as fine a target and at that exact moment I turned around only to see a red plastic bowling ball coming right at me. Whack, a direct hit straight to the forehead!

Abraham froze and stared right at me with big wide eyes. I could tell he was scared at what my reaction would be.  I laughed and fell to the ground in mock agony, which made him laugh too and soon we were both practically hysterical.

It’s been said that the best way to solve your problems is to go help someone else which is true. You might not find all the answers but you will get perspective on what’s important.

“Defend the weak and the fatherless. Uphold the cause of the poor and the oppressed.” Psalm 82:3

23 Responses to A Reality Smack to the Head