Why I’m Not Getting The Vaccine 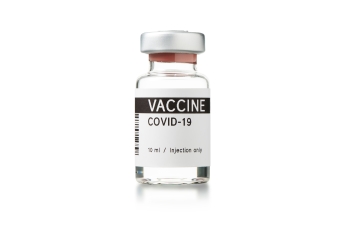 First let me say the obligatory, “I not an anti vaxxer.”  While my faith in government and public health authorities has been utterly destroyed this past year due to their collective horrible pandemic response, I believe vaccines as a whole have brought us miraculous benefits.  I also think, at this point, the people who are vulnerable to a bad case of Covid should get the vaccine and that those of us who are not should not feel pressured to do so.

So What’s My Beef With These New Vaccines?

1.  Based on my age, health and lifestyle, my chances of suffering a severe bout of Covid, let alone death are very small. Injecting experimental drugs in to my body to combat a virus I stand a 99.98% of surviving doesn’t just seem absurd, it is.

3.  Along those same lines, mRNA vaccines are new to the market.  Yes, the technology behind them has been around for awhile, but they’ve never before been used in humans. Call me crazy, but I’d rather be an observer in this grand experiment then a guinea pig.

4.  As with all vaccines, there are potential side effects, some of them very unpleasant like death or the AstraZeneca blood clot fiasco, which caused several European countries to pause those vaccinations. While I understand serious complications are rare, I’ve heard enough, “He/she died within days of getting the vaccine, but we can’t be sure it’s because of this…”  stories to take note.

On a personal note, a good friend of mine went in to atrial fibrillation (AFib) after getting the 2nd Pfeizer shot and had to have an emergency procedure done to get her heart rhythm normal again.  Her primary care physician said she can’t recommend the vaccines after a perfectly healthy patient died after getting it and another, a marathon runner, ended up in the ER with heart damage.

Something called Antibody Dependent Enhancement Syndrome (ADE) is also a concern.  This involves your immune response going whacko where instead of fighting the infection, it opens the door for pathogens to invade your cells making you extremely sick.  The potential for  severe allergic reactions to polyethylene glycol (PEG), which is the packaging surrounding the messenger RNA cannot be overlooked either.

There is also the truly alarming prospect that mass vaccination during an active pandemic will cause stronger, more deadly virus mutations much the same way bacteria learns how to overcome over prescribed antibiotics.  Is this likely?  I don’t know but I’ve heard more than a few scientists express this concern.

Just the fact that many scientists and doctors around the world have strong concerns about these vaccines makes me think we should stop rushing this process.

5.  I’m not supposed to say this but, mRNA vaccines are a form of gene therapy and I’m just not very keen on messing with the ones I was born with.  mRNA stands for messenger ribonucleic acid which basically instructs cells in the body to make proteins to prevent or fight disease. Both the Pfeizer and Moderna vaccines use mRNA to program a person’s cells to produce many copies of a fragment of the virus. The fragment then stimulates the immune system to attack if the real virus tries to invade the body, which all sounds pretty gene therapyish to me.

When the American Society of Gene + Cell Therapy  tells us in regards to the vaccines  that gene therapy is a viable strategy for developing vaccines to combat COVID-19, perhaps we should take them seriously that it is indeed gene therapy.

6.  While most Covid cases do not require hospitalization, there are therapeutics available to tamp things down before this becomes necessary, which I would rather take my chances with.  Over the counter supplements include zinc, quercetin, high dose vitamins D3 and C ( I take all of these prophylactically) have been shown to be helpful for immune support.

And many doctors have had success with prescription drugs like Ivermectin, hydroxychloroquine with Zinc and Azythromycin.  I’ll leave it up to you to do your own research on these things and discuss them with your doctor, but please know testing positive for Covid is rarely an automatic one way trip to the hospital.

I find great tragedy in the fact that the government went all in for vaccines while putting little resources towards effective therapeutics which could have saved countless lives.  A strong focus on good health through weight loss, diet, nutrition and exercise would also have done wonders.  Certainly better than shutting down gyms and parklands around the country while forcing us to stay home, where overeating and drinking became common.

Did you know an Emergency Use Authorization becomes invalid if other effective treatments are available?  I didn’t until recently and it sure makes me wonder about how the billions of dollars flowing through the Covid vaccine industry would have come to a halt had a successful drug been found. Certainly it would be difficult not be incentivized towards keeping the money spigot open over pursuing vaccine alternative therapies.

I also find the vaccine narrative as being the responsible thing to do grating.  As with the other empty Corona phrases like stay home/stay safe, my mask protects you and your protects me, we’re all in this together, etc…it’s designed to be divisive by creating moral superiority in those who choose to vaccinate and shame in those who don’t.

It’s classic government psychological operations , where in partnership with the media select information is dispensed to manipulate feelings and induce certain behaviors. Information that runs counter to the narrative will be blocked, mocked and dismissed as crazy talk.

That’s been the standard operating procedure this entire Covidian year, where the unholy alliance of government, media, Big Tech and Big Pharma trashed civil liberties around the world and caused much suffering.  Now this same alliance is herding us towards mass vaccination by dangling the prospect of normal life in front of us.  If we just line up like good sheep and take our shot a passport to freedom will be granted.

There is nothing normal about any of this and thus I will respectfully decline the vaccine.

83 Responses to Why I’m Not Getting The Vaccine