The Myth of Toxic Masculinity 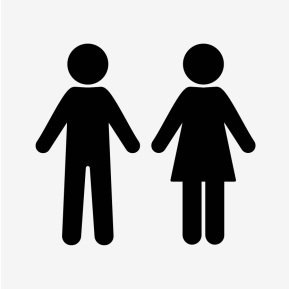 As a girl raised by a strong father, I really enjoyed this article, “Masculine Dads Raise Confident Daughters” by Abigail Shrier.  It’s a heaping dose of refreshing common sense actually, that dares to question the prevailing cultural view on the evils of “toxic masculinity”.

“Masculinity, like femininity, is neither inherently good nor bad. Enormous damage can be inflicted by the sorts of malice we associate with girls: spreading rumors, convincing someone’s friends to turn against her, refusing to acknowledge someone purportedly beneath notice. Femininity and masculinity are manners of comportment and modi operandi; they are not codes of conduct. Men have used masculinity for acts of heroism and decency. That they have also applied it to despicable behavior says nothing of masculinity itself.”

Now in case you actually have better things to do than keep up with the latest in feminist orthodoxy on this topic (and please tell me that you do), here it is in a nutshell.

Because society assigns young boys with gender specific traits like being physically strong, stoic and assertive, it conditions them to think they are superior to girls and that it’s ok to dominate and control them.  These boys in turn grow up to be knuckle dragging misogynists, heavily influenced by a toxic masculinity that “harms all genders. It promotes sexism, misogyny, violence, and rape culture, while enforcing dangerous stereotypes of masculinity and femininity.”

Phrases like “man up” and “don’t be a girl” apparently enhance this and if you say this to your child you are part of the problem.  Even teaching your son good old fashioned chivalry is dangerous according to psychologist and sex stereotype expert Peter Glick from this  New York Times column:

“One thing you want to be careful of,” he said, “is teaching boys to be chivalrous. We need to stop socializing boys to see women as needing protection.”

“……the idea that women should be cherished and put on pedestals fosters what’s known as benevolent sexism, which subtly demeans women as fragile and less competent. It reinforces a sexual script in which a man takes charge while a woman remains passive.”

I’m thinking Peter Glick probably spends a lot Saturday nights alone. I rather enjoy being put on a pedestal and would bet my last dollar a majority of other women do too.  Feeling protected and cherished in a relationship, not only makes us feel physically safe, but emotionally too, as it fosters trust and motivates letting our guards down and being authentic. This isn’t demeaning to women, it’s empowering and strengthens relationships.

Back to Ms. Shrier:

“So many seem to believe that if we can remake boys as feminists—by which they seem to mean boys who check their male privilege, are unafraid to cry, and are politically progressive—we will have largely solved the problem of sexual harassment. A glance at the public figures felled in the #MeToo purges—not to mention Bill Clinton —should cure us of the idea that progressive politics incline men to better treatment of women.”

Exactly! We’d all like to see sexual assault and harassment eliminated, but focusing on the bogeyman of masculinity will only make things worse.  Squelching the natural male instinct to be masculine doesn’t make it go away, more likely it will erupt elsewhere in the form of increased violence and brutish behavior.  A young boy told enough times that his desire to be strong and heroic is not only wrong, but must be repressed will undoubtedly have negative effects later on.

On the flip side, those who are told these feelings are normal and encouraged to express them through positive endeavors like sports or “playing war” with good role models leading the way (i.e. masculine dads, coaches, etc…), will have a better sense of themselves and what it means to be a man and how to properly treat other people.  Note though the role of a “good” mentor is key, bad ones of course will do more harm than good.

An interesting paradox to all this is that the more we single out “the patriarchy” and male dominance as the cause of all our gender woes, the more we weaken women by reducing the incentive to reflect on their own faults and the negative effects they bring to the table.

“There is something regrettable in the way our exclusive focus on boys and men lets young women off the hook. As if women bear no responsibility for their own behavior. As if they are too weak, too emotional, too foolish ever to take care of themselves.

And that is the greatest disappointment of the #MeToo movement, that it has so spectacularly refused to insist that a woman not allow any man to treat her badly. Failed to insist that young women have an individual responsibility to demand better. That they should all agree no job is worth more than their dignity.”

Indeed.  This is not to say that a woman is at fault for being sexually assaulted/harassed, that is never the case.  I’ve heard too many times though of instances where years of abuse were tolerated before something finally gives way. There can be many reasons for this, but one big one unfortunately involves feelings of self hate and of deserving to be treated so poorly.

There is nothing more empowering for a woman than to understand and believe in her own value and self worth.  The masculine men in her life can help nurture this.

Note: If you find yourself stuck behind a pay wall forAbigail Shrier’s article, try googling the Wall Street Journal plus the title and it may get you behind it.

32 Responses to The Myth of Toxic Masculinity